Grr! My headphones are always in a wadded tangled mess. I mean, I am not a messy person. I take care of my things and try my hardest to keep them smoothed out, so why do they always end up in a jumbled mess? There is actually a scientific explanation for constantly tangled headphones. Let’s check it out.

On the Short Side

According to scientists who recently reported to Business Insider, it may just depend on the length of wire in your headphones and how much stress they are subjected to. Scientists were able to take these two factors, chart them out, and find the common curve that seems to be causing the this mess.

A [2007] paper titled “Spontaneous knotting of an agitated string” by Dorian M. Raymer and Douglas E. Smith of the University of California at San Diego Department of Physics demonstrated this phenomenon: It revealed that a cord of less than 46 centimeters in length (about 1 foot six inches) will almost never tangle itself when sealed inside a rotating box for a period. But between 46 centimeters and 150 centimeters (about five feet), the probability of a knot forming rises dramatically. With a cord longer than that, the probability of a knot forming reaches a plateau of 50%. It turns out that the odds of getting a knot do not go higher because the cord wedges itself inside the shape of the box and that prevents further tangles from forming. Raymer and Smith performed 3,415 trials to demonstrate this. 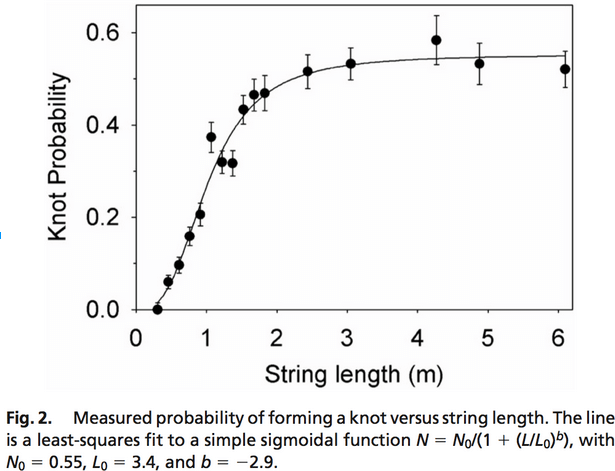 What Does This All Mean?

For Apple users who prefer the classic white earbuds, this may just be your problem. The Apple headphones that come standard with most iDevices fall right within the specs for a tangle. According to this chart, the 139 cm cords are about 50% likely to tangle when they are not in use. The odds increase when they are placed in a pocket, bag, or if they have a Y-shape at their joint.

We May Have No Control 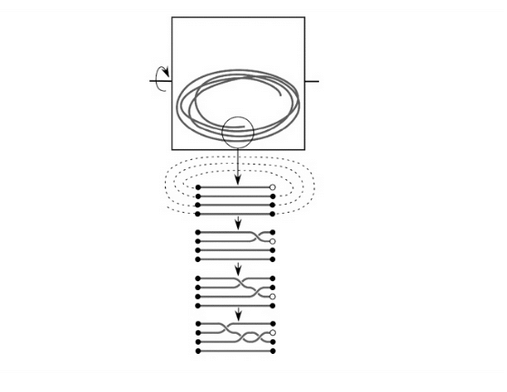 This same study also revealed schematics that prove string, headphones, and other similar materials can knot themselves spontaneously, despite your efforts to keep things proper. You can’t fight Physics, but it sure is interesting.