The battle between the Galaxy and the iPhone used to be pretty straight forward. The choice seemed difficult enough when the choice came down to big screens or premium builds, but now that both companies have evened the playing field in both categories, the decision gets harder. The two companies are really keeping up with each other, so let’s take a look at some of the specs in an epic battle of Samsung Galaxy S6 vs. iPhone 6.

The Galaxy phones have traded in their plastic shells for premium Gorilla Glass 4, which is a new venture for the company. This will be coupled with aluminum siding, which marries well with the sleek glass. But, who could deny the intensely attractive premium quality of Apple’s sturdy aluminum design.

They are all very light for their size, but it appears the S6 will provide the best size-to-weight comparison, probably due to the sloping of its edges, adding to the curve of the phone.

There will be quite a few color selections with the Galaxy phones this year. They will have some classic black, white, gold and chose to throw in green and blue for the various phone versions. iPhone 6 is offered in grey, gold, and silver.

Unfortunately, Samsung is no longer boasting water or dust resistance with this year’s phones, which will leave ports more vulnerable than previous models. This will level the playing field a bit, so be sure that no matter which phone you go with, you are properly protecting your headphone jack port, USM ports and charging ports with some type of anti dust plug or cover. 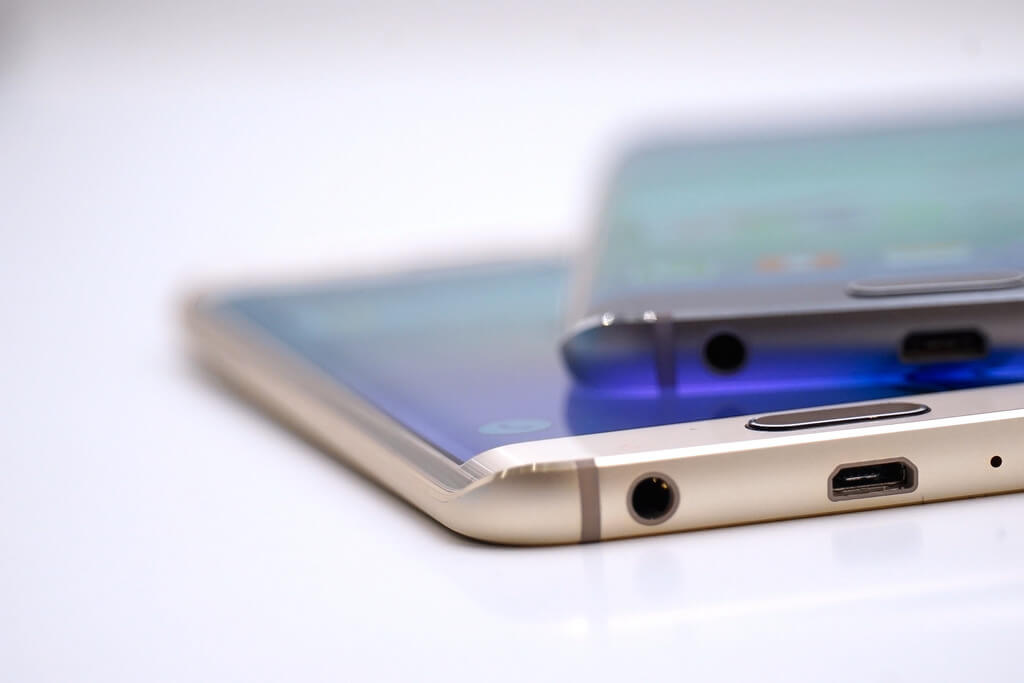 The iPhone 6’s screen size is larger than any of its predecessors. Even so, it is still about 85% of the size of the 2015 Galaxy phones, so you may want to get a feel for them before deciding how big is too big.

The Galaxies are very sharp, with Quad HD displays. This is a feature that the iPhone 6’s 326 PPI display can’t match. The iPhone stays true to its IPS panel, whereas this year’s Samsung’s will use Super AMOLED displays.

The Edge does have a sloe to either side, but it is mostly aesthetic. However, this year, they have added fingerprint sensors that register touch, not just swipes, so they may finally be catching up to Apple on that front. 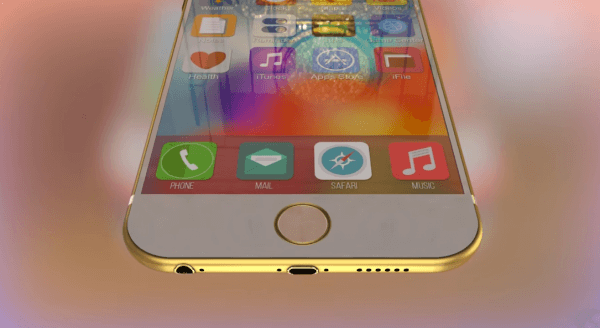 The S6 and S6 Edge, run at 2550 and 2600 mAh respectively. The iPhone 6 is at about 1810 mAh. During streaming tests with basic settings, the iPhone 6 generally loses battery power by about fourteen percent each hour.

Samsung flagships have historically had removable batteries, but those found in the GS6 and GS6 edge are sealed shut.

The GS6 has implemented a fast-charging feature that can give you an estimated four hours of charge in about ten minutes, when fully drained.

The iPhone 6 easily has one of the best cameras a smartphone could ask for, but if you are an avid photographer, the Samsung offers 16MP (twice the amount of the iPhone 6’s 8MP). It takes the crown again with its higher-resolution and wide-angled frontwards-facing cameras at 5MP. The iPhone 6 has 1.2MP with its front-facing camera.

Both Samsung candidates use OIS (Optical Image Stabilization) to help sturdy images. This is very useful for shaky-handed photographers. The basic iPhone 6 does not have this feature, only the 6 Plus- giving Samsung’ the slight advantage. 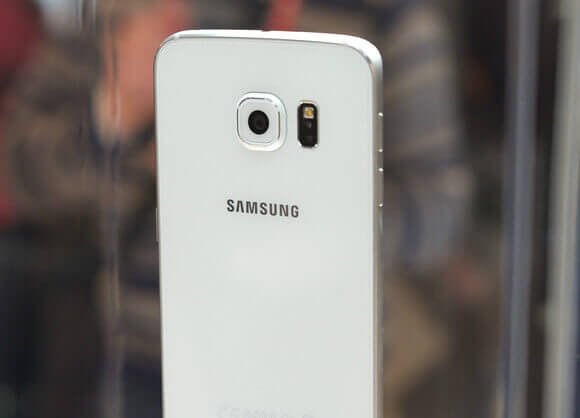 Galaxy will be running Android Lollipop and the iPhone 6 will run iOS 8.  While the Galaxy will likely have faster performance with the 64-bit Octa Core Exynos 7420 processors,  Apple’s custom dual core A8 chips usually outperform common expectations when it comes to performance speed.

As far as RAM is concerned, Galaxy phones should be the better choices for multitasking, as 3 GB of RAM will outplay 1 GB any day.

They both offer a wide range of storage options, but the base-level for the S6 is higher. They are available in 32GB, 64GB, and 128GB models. The iPhone offers 16GB, 64GB, and 128GB. Still giving you a good selection to choose from, but giving the Galaxy a slight edge for having higher base expectations.

When they made that structure more appealing, they traded it in for an old standby. They will no longer feature a microSD card slot.

The Galaxy phones will keep the heart rate sensor feature around, something that iPhone has not yet implemented.

Both now offer their own payment platforms. Apple Pay came first, but Samsung Pay is here, so the playing field is leveled in this feature for now.

Whichever one you choose, just be sure you are protecting them properly and completely. With open ports, you really need to employ the use of a dust plug or port cover. These devices are not cheap, so if you want to keep your investments safe, protect the inner-workings of the phone and consider phone coverage through your carrier.