Do you ever think back to what technology was ten or fifteen years ago? In that short span of time, we have seen some phenomenal advances in technology. The smartphone and other smart devices are some of the biggest. Let’s take a peek into the future of smartphones and see what we may have to look forward to.

Look at these hand-held personal assistants. It is easy to see why people doubt the industry’s potential to grow much more than it already has. It seems like every time a new smartphone or tablet launches, the developers throw in a few updates and package it in a slick new shell, without many flagship changes to revolutionize the device.

This isn’t necessarily the case. I mean, improvements to battery longevity and new camera features are always welcome, but I can’t help but feel like there is something exciting waiting around the bend. I have to feel like there is still something yet to be discovered that will just blow our minds when it gets here. We will discuss some nifty prototypes, stellar concepts, and developer’s dreams to get a feel for what he future of smartphones will look like.

Power to the People

We need to explore alternative power sources. Waiting for a phone with some crazy battery capacity and only getting an extra 20 minutes of longevity while still destroying the planet- not so futuristic. How about a phone that can run on an alternative power source? In 2009, Samsung launched Blue Earth, which was able to charge with the use of built-in solar panels. One hour of solar charging would give you 10 minutes of talk time.  The same year, LG also released GD510 Pop, which also charged via solar panels. Since these were not fully developed features, these designs never really took off.

Solar energy isn’t the only route we have. Recently, The New York Times speculated that Apple was researching magnetic conduction and kinetic energy to power its new iWatch.

There has been a flux in the amount of phones being released that have a little something more to offer than a flat figure. Smartphones like the LG G Flex and most recent Galaxy models have piqued interests with their curved displays. A possible glimpse into the future shape of technology. With these developments, is it so hard to imagine a phone that has a foldable, bendable, or even holographic display?

But why stop there? Curved displays could evolve into flexible displays (which the G Flex already manages to be to a certain degree) and then fully foldable or bendable displays. If I can manipulate my handset’s shape, that increases its portability and usability. When I’m out at a concert or biking, I could contort my phone to wrap around my wrist or a handlebar, respectively, and I wouldn’t have to worry about it slipping out of my pocket.

Concepts presented at MWC 2014, like EmoPulse’s Smile bracelet and Kyocera’s foldable pocket tablet, make this dream an even closer reality. With the invention of Smartwatches and similar devices, imagining a world where we wear or phones is not so hard to believe in.

Build Your Own Modular Phone

It’s alive! Imagine taking you favorite bits and pieces from various other phones to create a truly customizable personal experience. The experience would be a lot like building your own computer, giving you the ability to prioritize investments in features that are most relevant to your needs. The biggest benefit to this option, would be the ability to purchase individual components as upgrades, while keeping the basis of the device that we enjoy most. This opens the door for Manufacturers to constantly keep customers at their door without shelling out the money to develop a whole new device. 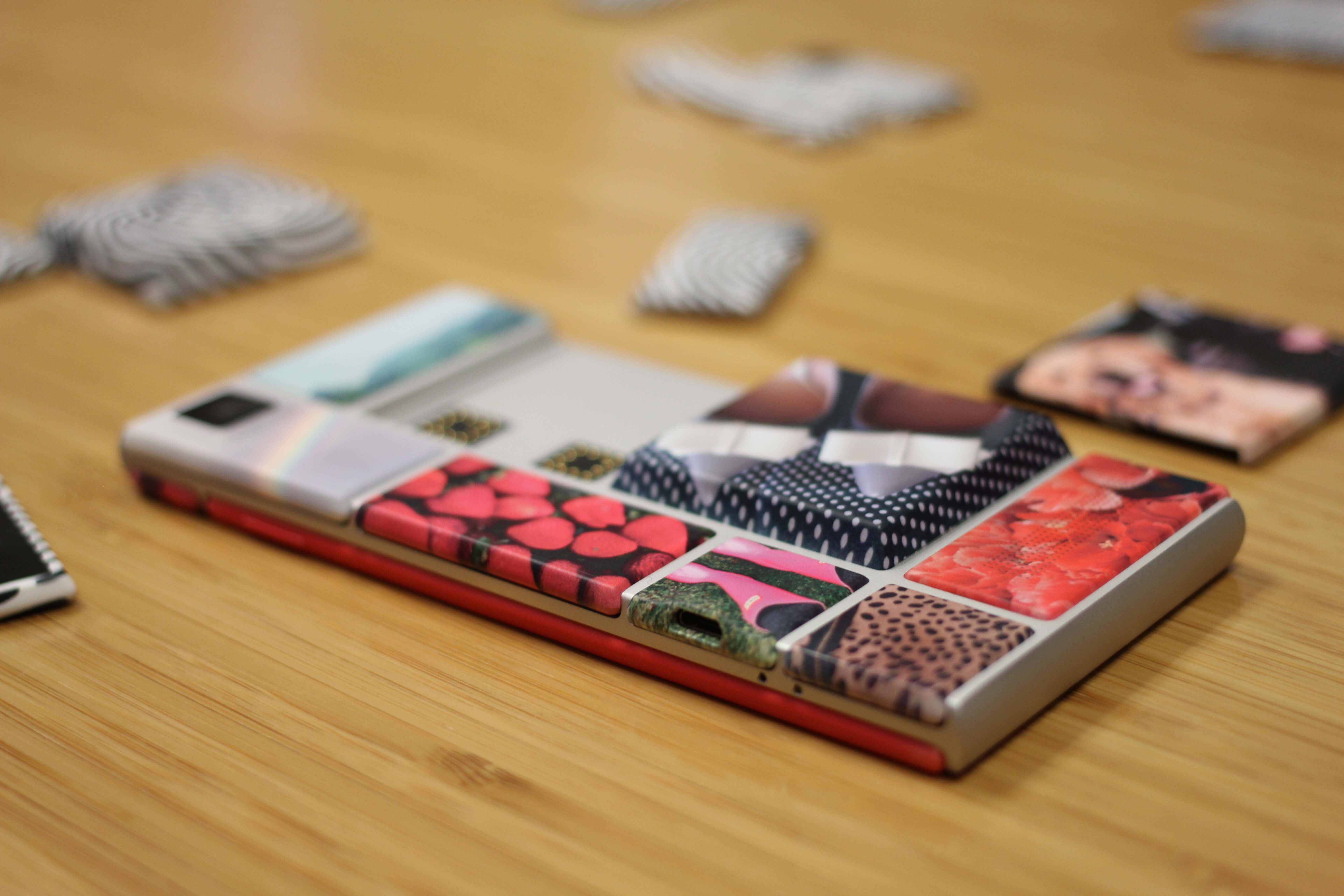 USing 3D printing methods for its shell components, Google’s Project Ara is set to release a skeletal “gray phone” for around $50. It would allow you to individually print customized speakers, cameras, and even a processor! Wouldn’t it be wild to just order a piece for your Google Phone from the Play Store, and watch it print out, right before your eyes. The concept is an exciting one, offering a hodgepodge of colors, materials, and textures to create something that is truly yours.

Imagine if your phone could mold itself to fit your environment and needs. Imagine tinted screens for privacy when you’re in a crowded area, like some laptops are developing now. We have already seen some strides in this field with previous models of phones offering the QWERTY keyboard on a slider underneath the phone, and now being able to pull up a digital keyboard on the screen itself is a major development that many of us take for granted.

We haven’t stopped yet, and there’s no need to. People who say technology has hit an evolutionary wall, likely suffer from a lack of imagination, creativity, and scientific faith. Keep evolving, keep creating, and keep dreaming on.